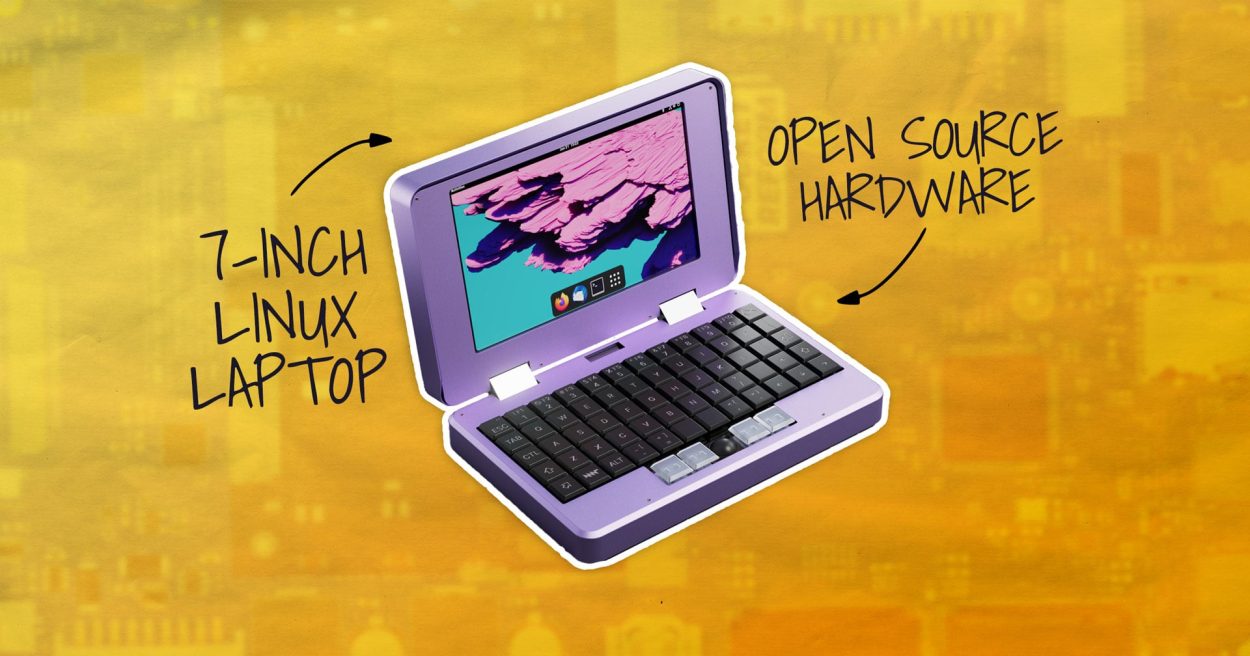 A 7 inch mini-laptop with an ortholinear keyboard, modular design, and a core focus on open source software and hardware.

This uniquely-positioned sub-notebook is designed to be as user and open source friendly as possible. If the idea sounds a bit familiar it’s because this is a pint-sized version of the MNT Reform laptop that launched in 2020.

The MNT Pocket Reform is built around removable (upgradeable, swappable) system-on-a-module components. It comes with a 1.8GHz NXP i.MX8M Plus (quad-core) ARM processor paired with 4GB or 8GB of DDR4 memory and a Vivante GC7000UL GPU by default.

But other options include:

There’s even scope for other modules (RISC-V, perhaps?) thanks to the device’s totally open hardware whose source code is freely available.

Case wise the MNT Pocket Reform is small (20×12.6×4.5cm) and while the exact weight is yet to be confirmed (and will vary based on modules, case etc) it should be portable.

Owners can choose between black or purple anodised aluminum or a recycled PLA bio-polymer case. And if that doesn’t suit, they can download the sources and create their own in any colour and material they want!

A variety of Linux distro support is planned for device, including Arch, Ubuntu, Void, as well as Plan 9, Genode, and OpenBSD.

Further details, including price, will be released shortly. If you’re interested in keeping tabs on this pocket device you can register for news updates via the MNT Pocket Reform blog post.