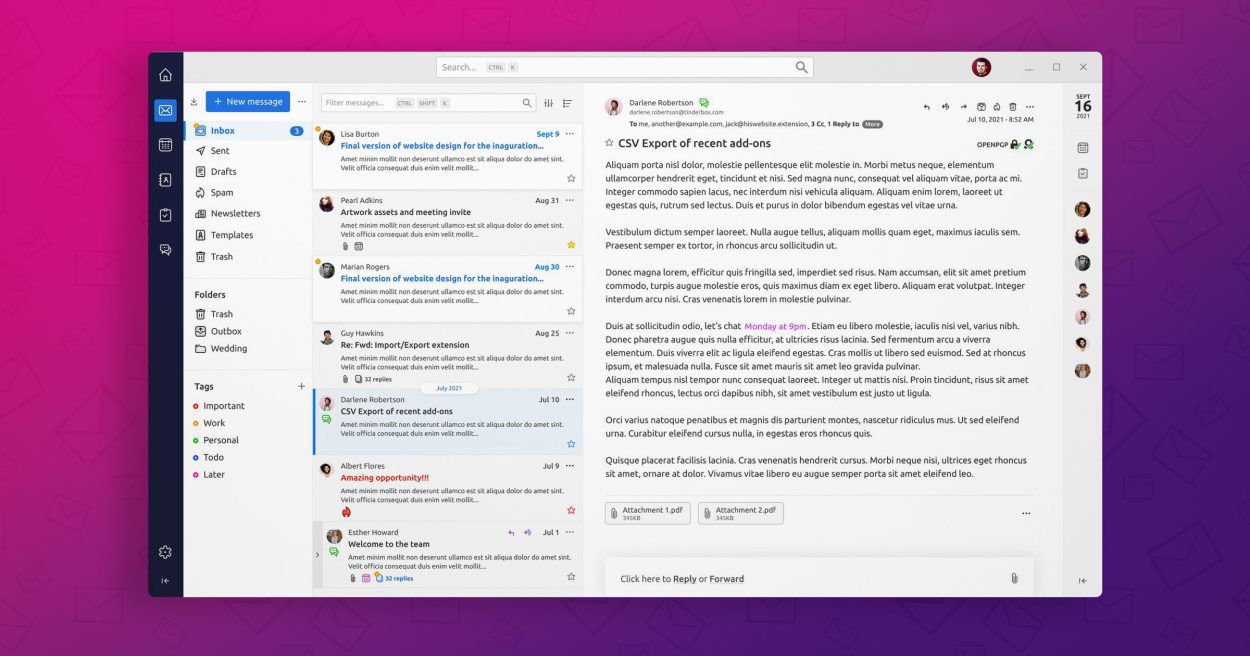 A new version of the open source Thunderbird e-mail client is out with a slate of interesting visual changes.

But I’m not here to talk about those, welcome though they are! 😉

No, what’s got me hyped is a sneak-peek at what Thunderbird devs have planned for the next major release of the client.

Over on Twitter those working on the revered communication tool recently shared a screenshot of a radical new look that’s in the works.

And if you find Thunderbird’s current user-interface ‘dated’ or out-of-keeping with modern design sensibilities, you’re going to love what being proposed:

Clean, ordered, and very easy on the eye — the Thunderbird pictured above looks epic.

Switching to a vertical column layout — which I should point out you can do in current versions of the app, as the (awesome) Monterail Thunderbird themes showed — is a great way to take advantage of wider screens.

And although it looks like Thunderbird is putting more information on show, like short two-line body excerpts in the messages list, it doesn’t feel overwhelming, does it?

If this is the direction the Thunderbird team is headed in, I think a lot of us will be along for the ride.

When can we get our hands on this? Thunderbird hopes to debut the new ‘modernized’ design in the Thunderbird 114 release next year. That may sound far away but there’s likely to be ample opportunity to test it out prior to then, thanks to the open source nature of the app.

Let me know what you think of it down in the comments, and keep your ear to the ground for more news about the design by giving Thunderbird a follow on Twitter.