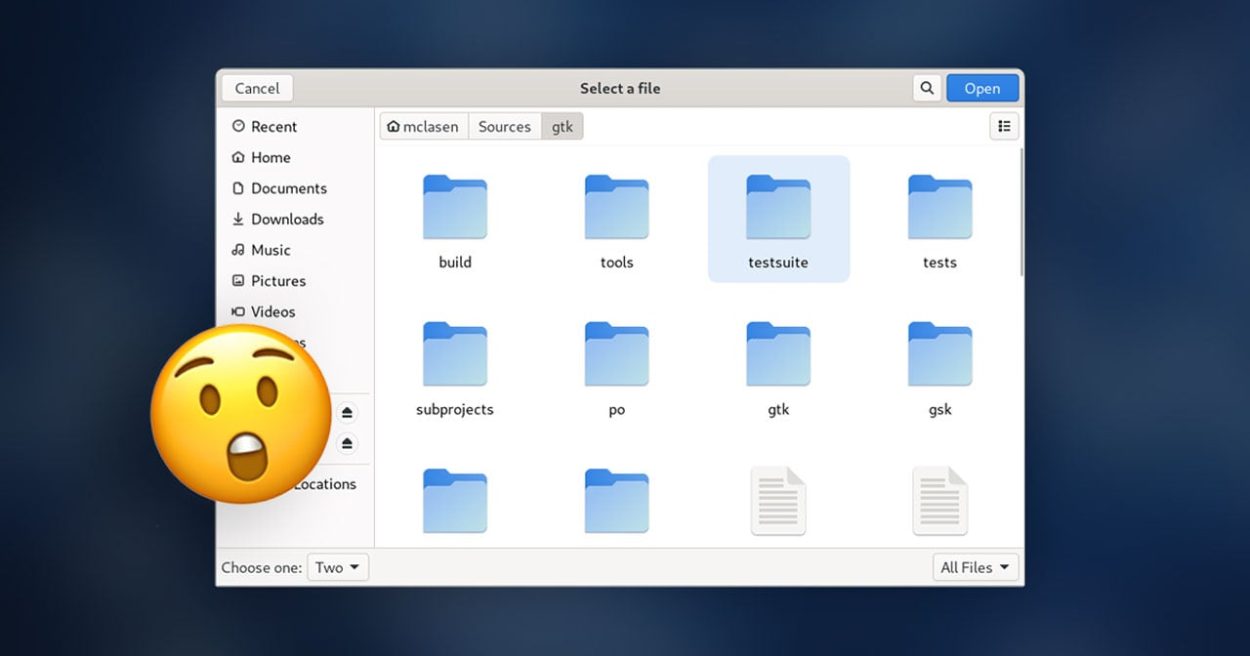 Anyone who has spent time using the GNOME desktop will have noticed that the file chooser — an integral part of a typical daily workflow working with files in other apps — lacks an option to display large thumbnail previews.

Instead, you get a(n informative) list view with teeny-tiny thumbnails:

While this list view is functional it’s not the greatest help if you need to pick a file based on visual recognition, not file name or mimetype.

This deficiency is most pronounced when working wanting to select an image, say an avatar to upload to a social networking site (like Mastodon which omg! linux is on btw) or in a selfie to edit in The GIMP.

It affects all rich-file types, from images to audio files (with album art), videos to PDFs.

And it’s been this way since 2004. That’s when the first bug requesting GNOME ‘add an icon view with thumbnails’ to the file chooser was first opened — and has remained open ever since.

Though a tangle of technical reasons made implementing a grid view for the file chooser a less-than-trivial task, the impossible has been done.

Thanks to recent deprecations and modernisation to the GTK code base, the GNOME file chooser can now make use of GTKGridView to show what we’ve all been dying to see: thumbnails:

The new thumbnail view is entirely optional. You click a toolbar button to enable it. All going well, we can expect to start using this feature in the near future, with it likely debuting as part of the GNOME 44 release next spring.

Has this “missing feature” bugged you? Let me know your thoughts down in the comments.