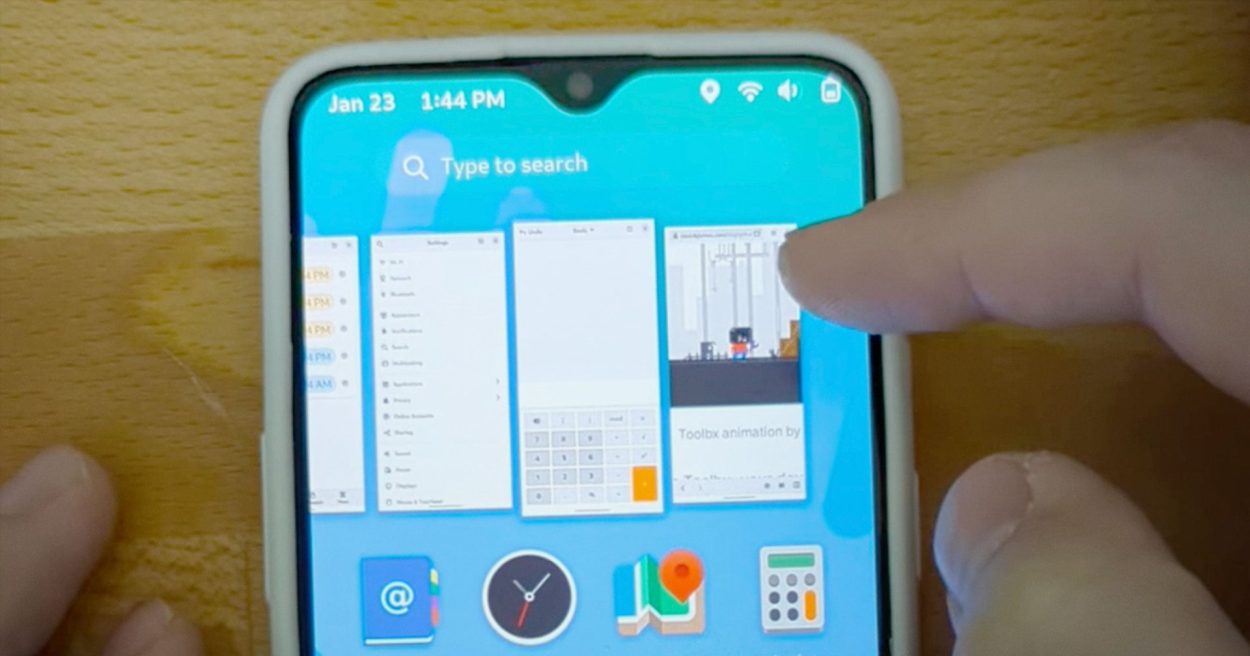 Though much of that effort is in (active) development, it appears to be going well.

You don’t have to take my word for it, mind – you can see for yourself.

Endless OS‘ Cassidy James Blaede recently shared a 27-minute hands-on video. In it, he demonstrates how GNOME Shell for mobile looks, works, and performs at present.

What you see on screen being prodded and poked at is proper GNOME Shell and Mutter, not the (equally interesting but somewhat separate) Phosh project that’s used by Purism’s Librem 5 Linux phone (and some other Linux smartphone efforts).

Anyway, you’re not here for my words, you’re here for the video:

Cassidy’s video gives us a lengthy yet totally honest look at how GNOME Shell for mobile devices is shaping up — and I can’t help but be excited by it.

Oh sure, there are bugs, implementation quirks, and areas that need work, yes, but I’m floored by how much is already functional. GNOME Quick Settings is great on desktop but here, on a mobile screen it feels so at home (plus did you see app notifications in it? Sign me up!).

Gesture navigation is familiar and logical. After all, there’s nothing to be gained from making UI interactions unwieldily and alien for the sake of differentiation. The launcher, live previews, app switching, etc all appear to be beautifully “plumbed in” (for want of a better expression).

If you’re interested in trying GNOME Shell for mobile you’ll need a compatible device (Cassidy is using a OnePlus 6T with postmarketOS) and you’ll need to be familiar with running development code as none of what you see is yet in “main” (or suitable for daily use, FYI).

Alternatively, swing by the GNOME booth at the upcoming FOSDEM 23 conference as, I’m told, there’ll be demo units to try!