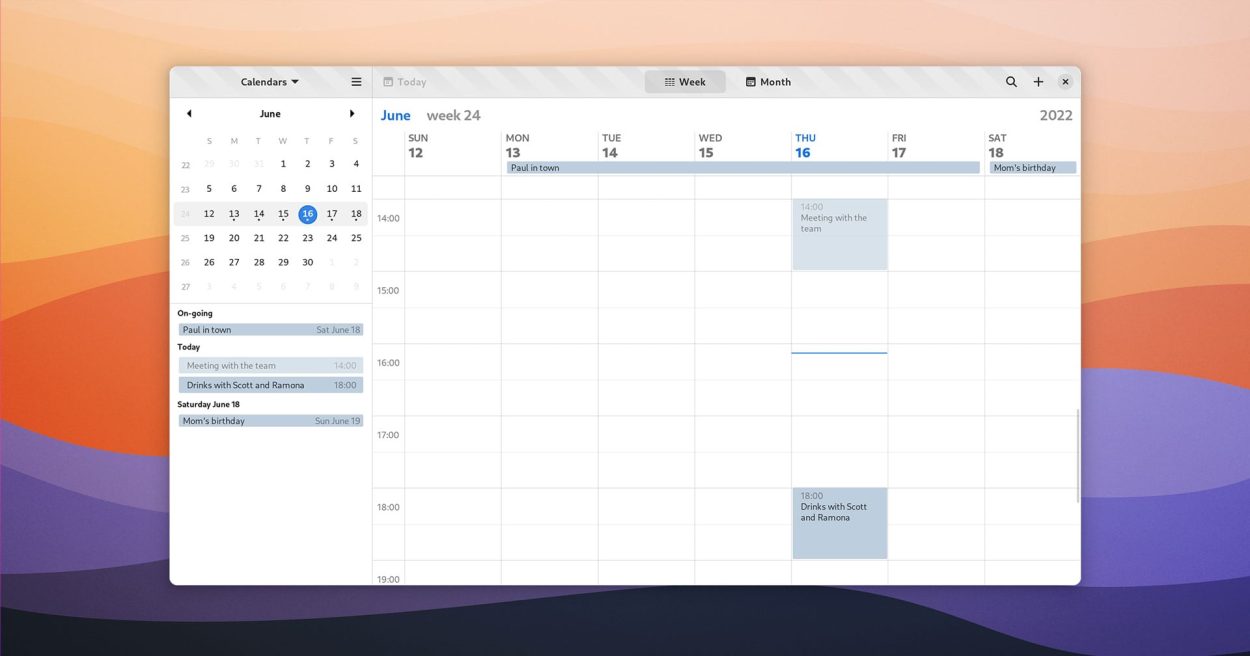 I’m not busy enough to have a calendar chock-full of appointments but if I were I’d definitely appreciate work that’s going in to the next release of the GNOME Calendar app.

Calendar is one the real highlights in GNOME’s compadre of ‘core apps’, and its developers are continuing to evolve it further.

A major new feature was recently merged that may not ujust change the way many folks use the app (for the better) but also change how some people view the app, too.

A recent merge gives Calendar a new sidebar that contains a date picker (navigable) and an agenda view, stacked together in a vertical column.

Together, the picker and agendas view give you an at-a-glance, top-level overview of both the current month (ideal if you’re looking in ‘week’ view, for instance) as well as any ongoing and upcoming appointments.

For reference, here’s a screenshot of Calendar (also in week view, for a closer comparison) as it looks in my Fedora install using GNOME 42:

The sidebar was implemented as part of wider work towards making Calendar a fully adaptive app (per these mockups) that can adjust its layout based on the available screen size.

And I think the new sidebar is a solid enhancement.

GNOME’s Calendar is designed to be dead simple to use, and so far it pretty much excels at that. While it’s not quite a 1:1 replacement for {insert major calendar app developed by tech giant here} it is able to hold its own in many areas.

And this sidebar is sure to enhance its appeal further, particularly amongst those who think the current design is a little too basic.

This sidebar is just one of many visual changes being worked on ahead of the next stable release, which should appear when GNOME 43 is released in the autumn.