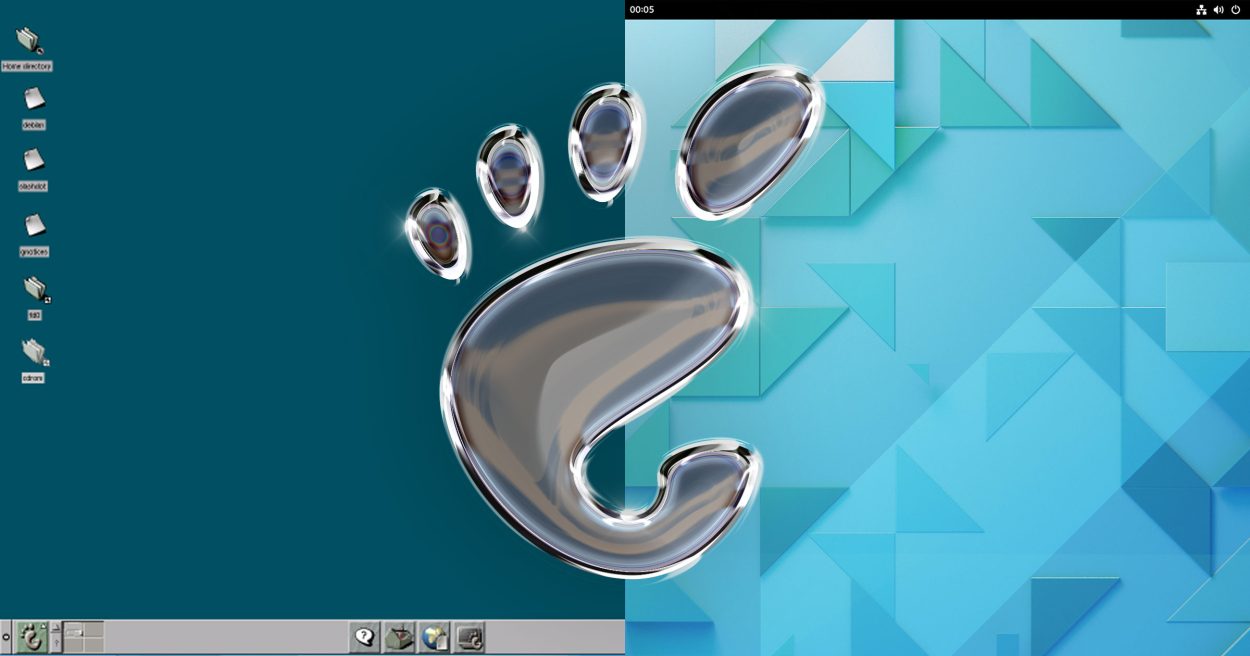 On August 15, 1997 GNOME was announced to the world by then University students Miguel de Icaza & Federico Mena Quintero.

Their pitch was bold:

“We want to develop a free and complete set of user friendly applications and desktop tools, similar to CDE and KDE but based entirely on free software”

The “based entirely on free software” aim was, at the time, a major differentiator as much a shot across the bow. Both Miguel and Federico felt the “non-free Qt toolkit” used by KDE restricted redistribution, and threw up barriers they wanted to see lowered.

Instead, GNOME would use the GTK toolkit. It would embrace software written in languages other than C++ and Python, which Qt required at the time. Furthermore, GNOME code would be released under the GNU GPL and be truly free to redistribute.

GTK apps would, they said, have a common look and feel, share visual elements and UI concepts, and a GTK API would be created to allow ‘easy integration with scripting languages and modules written in other languages’.

That humble “GNOME desktop project”, of course, has become so much more.

There have been 43 stable releases since the initial release of GNOME 1.0 in 1999, the the most recent GNOME version being GNOME 42 released in March of this year. The next will be GNOME 43, due for release in September 2022.

Whether you’re a fan or not, the impact and reach of GNOME project is far more than either Miguel and Federico could’ve dared dream.

Some 25 years in, the GNOME project is now far more than just a desktop: it’s also a passionate community, a vibrant ecosystem, and an authoritative voice in the modern computing conversation.

But perhaps most strikingly, GNOME is now itself a foundation on which newly-disruptive and emergent open source technologies can germinate, grow, and, perhaps, one day leave an indelible footprint of their own.

What are you memories of GNOME and how it’s changed over the years? Share your thoughts below, in the comment section, as well as on social media.